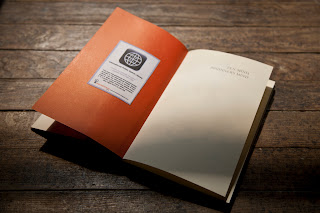 
Soft-launched in September 2010 by MomenTech, a New York-based experimental production studio, the International Public Space Library (IPSL) is a global interactive public space project featuring a growing collection of anonymously donated books that have been placed in public locations around the world.

In November 2011, the IPSL was presented at the Eastern Bloc Center for New Media and Interdisciplinary Art as part of Ethnographic Terminalia 2011 Montreal: Field, Studio, Lab, an exhibition and conference that brought together artists and anthropologists from around the world.

In December 2011, a temporary "pop-up" branch of the IPSL was installed at the Storefront for Art and Architecture in New York as part of "Urban Action," day two of Strategies for Public Occupation, a 7-day "exhibition of ideas." For this exhibition, the temporary pop-up branch of the IPSL offered a selection of books to help stimulate the ongoing public discussion of economics, politics, society and culture, particularly reflective of the Occupy Wall Street movement (the library of which was destroyed by city officials) or indeed any social movement that has been or is currently powered by the free exchange of ideas, particularly through the sharing of books.

Unlike a traditional library, the IPSL is not permanently housed in a physical building; any public place is a potential temporary location for the IPSL. Anyone can donate or borrow a book. 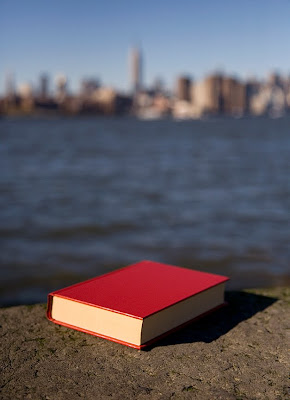 
Because of the nature of the IPSL, the exact locations and titles of the books in its collection are unknown. IPSL books are meant to be found by passersby in public places around the world. Some might be found on park benches. Others might be located under trees. Any place that is accessible to the public is a potential temporary location for the IPSL. 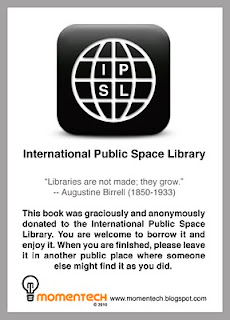 Anyone can donate a book to the IPSL collection. To donate a book, click on the image of the sheet of 8 ex libri at the bottom of this page, print it out, cut out the ex libri and affix to the inside of the book (you will need to provide the glue). Then place the book somewhere in the public space where somebody might find it. 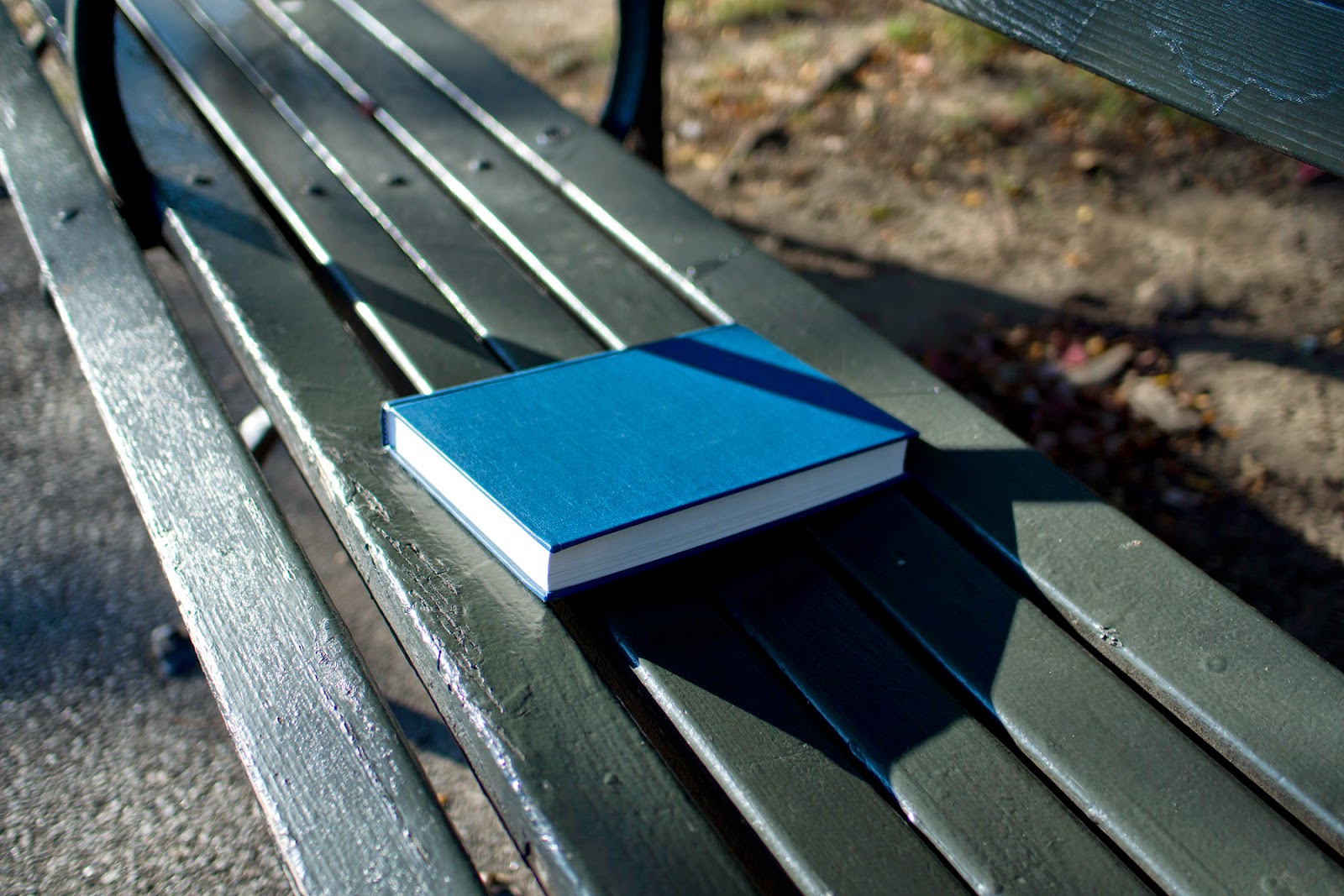 The gift that keeps on giving: A perfect spot for a little surprise

The IPSL ex libris features the above quote by Augustine Birrell, who served as the President of the Board of Education of the United Kingdom in the early 20th century, along with the following text:

"This book was graciously and anonymously donated to the International Public Space Library. You are welcome to borrow it and enjoy it. When you are finished, please leave it in another public place where someone else might find it as you did."

The idea for the IPSL was inspired by the discovery of a book in the public space in St. Montan, France, inside of which was inscribed similar text. 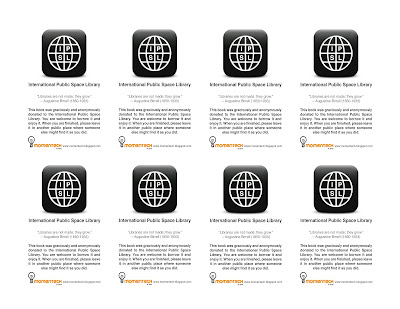 A New York-based experimental production studio, MomenTech coined the term Augenblicksmus to describe a creative philosophy based on the notion of the momentary to develop new themes for the mobilization of transnational progressivism, post-humanism, neo-nomadism and futurism. With instructional works, public interventions, and audience participatory projects, MomenTech views artmaking as creative production, providing art solutions to curators, producers, directors, exhibition organizers looking for new ways to engage the public on critical issues and theoretical problems in modern Western approaches to art.